So we’ve had a fuddy duddy old advent calendar that I picked up literally from the side of the road. (It was in a “free” box.) It was made from a panel, it was someone’s early attempt at FMQ, and it’s generic and plain.

End of last holiday season Mr. Handwrought mentioned that it’s not really our style and maybe we could think about a better one. He’s not so subtle about the hints but I love him anyway.

So on Sunday night (yes, the 29th of November and you can see where this is going) I had a brain wave and an idea.

Monday I bought the large pieces of felt. This morning I enlarged my pattern. This afternoon I pulled it together. I cut out tiny shapes of felt while waiting at the doctor’s office (last place in town to get flu shots – apparently I’m late this year). I broke out the hot glue gun after kid bedtime. 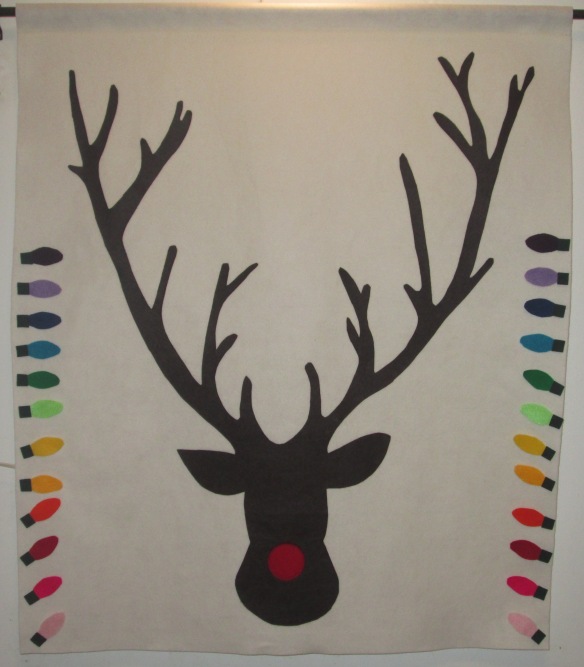 I didn’t know I had that many colours of felt!

And here’s a process shot taken by W who is still only belly button high.