Way back in March 2015 my guild and the Vancouver MQG arranged a swap between our guilds, making a semi-custom notebook cover for someone in the other guild. I lucked out when Terry Aske made my cover for me. It was so pretty and cheerful I was just thrilled to bits when I got my cover. Go here for her blog post about it.

To make the swap easier we were all to use the same size notebook (see below, on the left). Except the notebook was a weird size and I don’t like lined paper and so I just never did anything with this. Which made me sad because I really liked the cover from Terry. 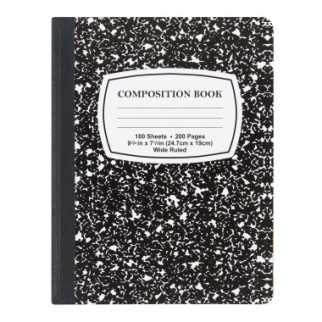 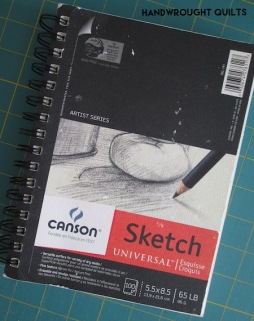 Since I have a sketchbook I do like (see above, on the right) I had a brain wave! And I modified my fabulous but useless cover into a perfect fit.

I chopped down the top and the outsides and it now it’s all sunshine, lollipops, and rainbows (literally in this case!) Thanks again for the cover Terry. I like it even more now that I can use it.

This is on my 3rd quarter list for the finish along, so ta-done! And I first blogged about this idea way back over here.

So the sketchbook re-boot has gone well. I started with an idea I’d had recently, then moved on to a quilt design I had oooo, maybe five years ago? Clearly I still like that one. Added another recent idea with details, and a couple sketches as well.

W. was playing with stickers yesterday and I saw one that would be great in a series of wall hangings so I stole the sticker and added it to the sketchbook.

And best idea of all: to take my beautiful notebook cover made by the wonderfully talented Terry Aske and make it fit my smaller sketchbook. How did I get a custom piece from Terry? Our guilds did a quilted notebook cover swap last summer. I had seen her progress on her blog and liked it. I just about fell over when I found out it was for me! (I lie. I did fall over, and I cried too. No one makes things for makers, and I had secretly wanted that one so much.) Here’s the link to her original post about it (and the place where I stole these pics from).

The front cover and inside front. The orange stripe is an elastic closure. 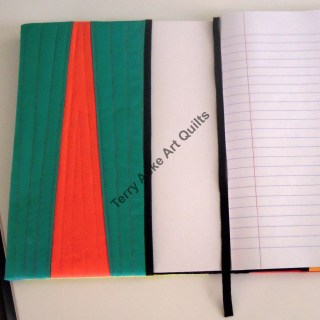 The back cover and inside back.

Having a pretty cover that I love so much will make the sketchbook more useful I think.

And it was really neat to leaf through what was in there already. Ideas I’ve made, projects that are still in progress, ideas I’ve abandoned. But I’m glad they’re all there.

So I’ve been thinking about sketchbooks recently, and also how I don’t use one. I’ve tried before but it has never become a consistent thing with me. I think that I’ve spent so much time in the past nine years with kids (which tends to be pretty active) that taking time to write something down or draw it out is incompatible.

I do have ideas for projects or quilts but then they just….fade away. Since I’m not following other people’s patterns I want to try harder to catalogue? record? my ideas.

Let’s call it my analogue pinterest. We’ll see how this goes.

Trash picture but at least it’s #tadone! #postcardsfromswedenquilt ☑️
Blocking a recently thrifted sunhat, and the first cherries of summer. I *LOVE* using my degree. #bfahonours #theatreproductionanddesign @yorkuniversity @theatreyorku
Good thing I like trimming #hst! I’m making this #postcardsfromswedenquilt for @trollbrothersquiltdesigns (if it doesn’t kill me first. The waste from the pattern is killing me.)
I finished this experiment and it came out great!